Below, I detail my current research interests. An overview of my past research achievements can be found here. 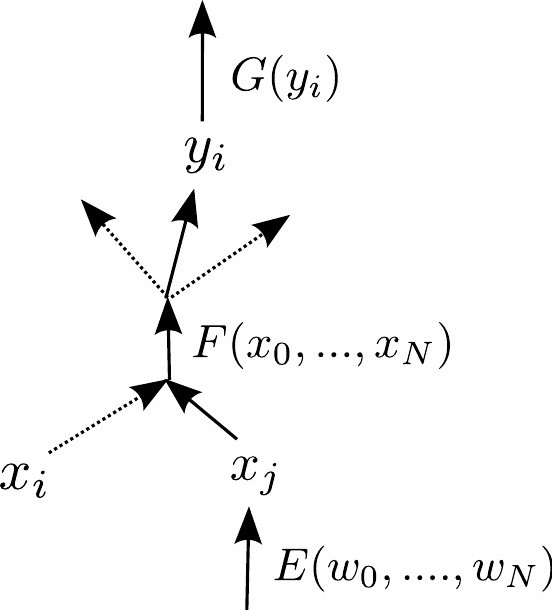 Collapsing stars, or the merger of binary neutron stars, are among the most computationally challenging systems scientists are attempting to study. These sources typically involve matter under extreme conditions with dynamics on multiple length scales, including nuclear reactions, magnetic fields, strongly curved dynamical spacetimes, and strong neutrino and photon radiation. Due to hydrodynamic instabilities and turbulence that inevitably arise during their dynamical evolution, these systems are intrinsically multi-dimensional. To get a complete and accurate picture of the dynamics of the source as well as all emitted and observable signals in gravitational-waves, electromagnetic radiation, and neutrinos, massively parallel multiscale multiphysics numerical relativity simulations are required. 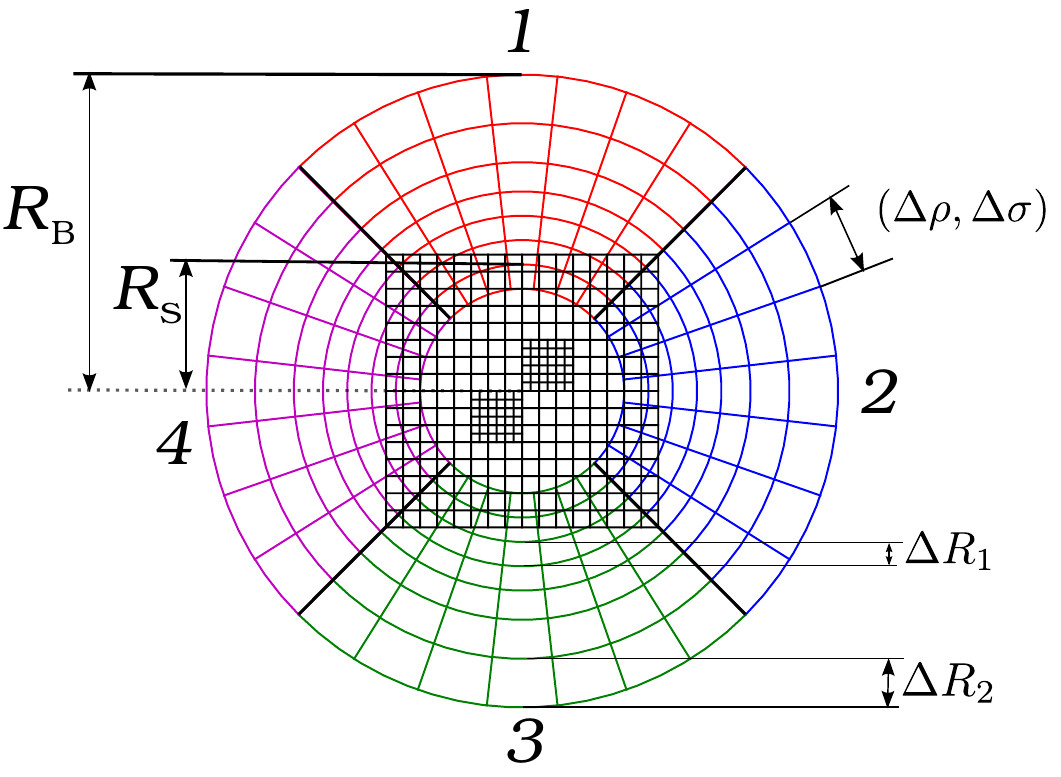 These simulations are computationally very intense, and require large supercomputers. A critical aspect of the numerical simulations is their scalability to a large number of processor cores. To overcome starvation bottlenecks, I develop a new task-based simulation framework that makes use of state-of-the-art C++14 template meta- and functional programming.

I am also developing new numerical schemes for general-relativistic hydrodynamic evolution codes coupled to fully non-linear Einstein evolutions. My codes include flux-conservative adaptive mesh-refinement (AMR), and multiblocks, and are based on finite volumes, finite differences, and spectral methods. 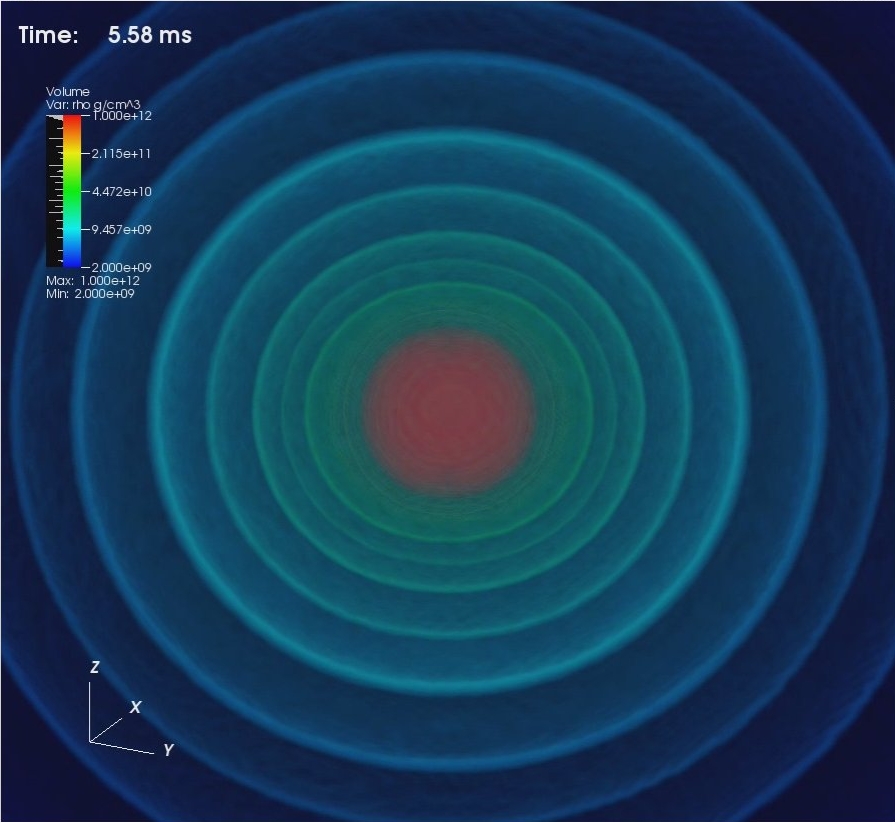 ormation and Central Engines of long gamma-ray bursts (lGRBs): It is widely accepted that lGRBs are associated with the death of massive stars. A likely scenario providing the necessary energy of 10^51 ergs, and perhaps setting the stage for a lGRB is given by the collapsar model. This model envisions core collapse of a massive star to a black hole surrounded by an accretion disk that may be powering strongly relativistic jet outflows along the axis of rotation, over timescales compatible with lGRBs. Following core collapse, protoneutron star formation and subsequent black hole formation, the system enters the phase of hyperaccretion, where matter falls into the black hole at high accretion rates. Eventually, if sufficient amounts of high angular momentum matter are present, a stable accretion disk forms. Recently, I and collaborators have simulated this event up to the early hyperaccretion phase using general-relativistic (GR) hydrodynamics simulations. My goal, however, is to be able to continue following the hyperaccretion phase all the way to disk and jet formation, thus being able to determine under which parameters and conditions a central engine for long GRBs may be produced, and how it operates. 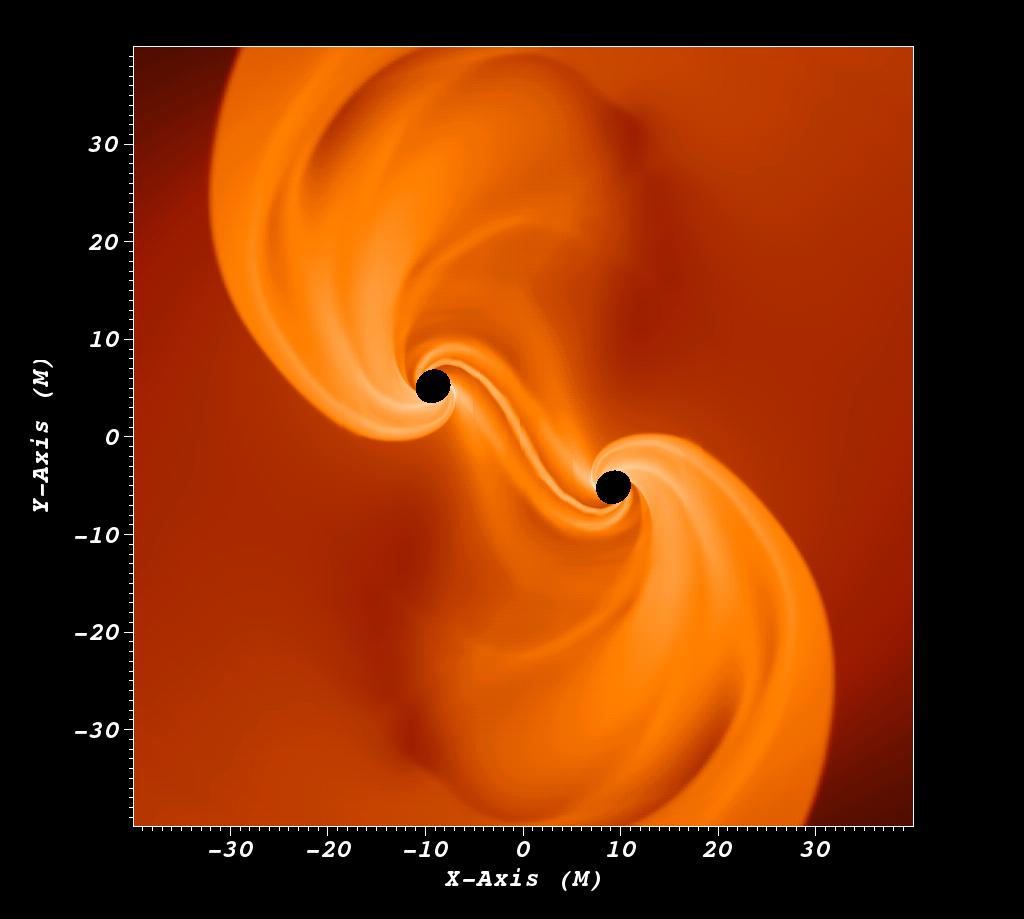 Supermassive stars are possible candidates for seeding supermassive black holes (SMBHs) in the very early universe. These stars could have formed in the direct collapse of primordial gas clouds, and are mainly radiation pressure supported. During their short life, they cool and contract, and ultimately evolve to the onset of general-relativistic gravitational collapse. The outcome of collapse is either a SMBH, or a powerful thermonuclear supernova explosion, leaving no remnant behind. To date, only a limited set of simulations exists. To get a more complete and accurate picture that can assess the visibility to the James Webb Space Telescope (JWST), ESA’s Euclid mission, NASA’s Wide-Field Infrared Survey Telescope (WFIRST), or to ESA’s eLISA mission, full numerical relativity hydrodynamic simulations including nuclear reactions and magnetic fields are required. I am using my simulation package to investigate the dynamics of these systems and to study their emitted signals.